During the 1970s architects and architectural historians began to formulate ideas that the built forms of a people are shaped by a complex interplay of cosmological, spiritual, social and environmental factors, and are therefore an integral part of their culture. As a result it became evident that historical and traditional environments were subject to a language whose visual aesthetic was part of local or regional identity and whose presence acted as a shibboleth in separating residents from visitors.

It follows that the emergence of any unique regional language of construction would have been paralleled by the rise of a local vocabulary to describe such elements of architecture. In time many such practices have entered the realm of custom, and although in many cases the literal meaning of such nouns are gone, their visual use has become part of a cognitive lexicon of architectural expression. They have become part of a maniera, a way of doing things that was once considered to be right and proper.

For this reason then, the architecture of a people cannot be read only in a strict technical sense, but must also be part of a larger narrative which joins aspects of their spiritual values, social mores and material culture. One of the most important of these is their spoken language and the symbolism often attached to their nomenclature. Grammar is seldom value free, and the use of different descriptive nouns for the same objects often acts as a marker of deeper social significance.

This book examines the terminologies of architectural terms common to its various cultural groups which, over the years, have made the southern African subcontinent their home. It includes terms used to describe the buildings erected by colonial and white immigrants to this region alongside those traditionally used by indigenous pastoralist farmers and early groups of hunters and gatherers. This was done partly for the sake of convenience but also to show the degree of historical overlap and cross-influences which exist in southern Africa between indigenous black and immigrant white, between Dutch farmer and English colonial administrator, and more recently, between rural farmers and urban residents.

Specific attention is given to the social structuring of settlements and the symbolic meaning of built forms, while more recent urban and cross-cultural terminology has also been included where appropriate.

The text is supported by a wide range of illustrations based upon current and historical research. Particular emphasis has been laid upon the tools and terminologies used in building trades which have been radically transformed by modern technology but whose practice remains necessary in the conservation of historical environments. 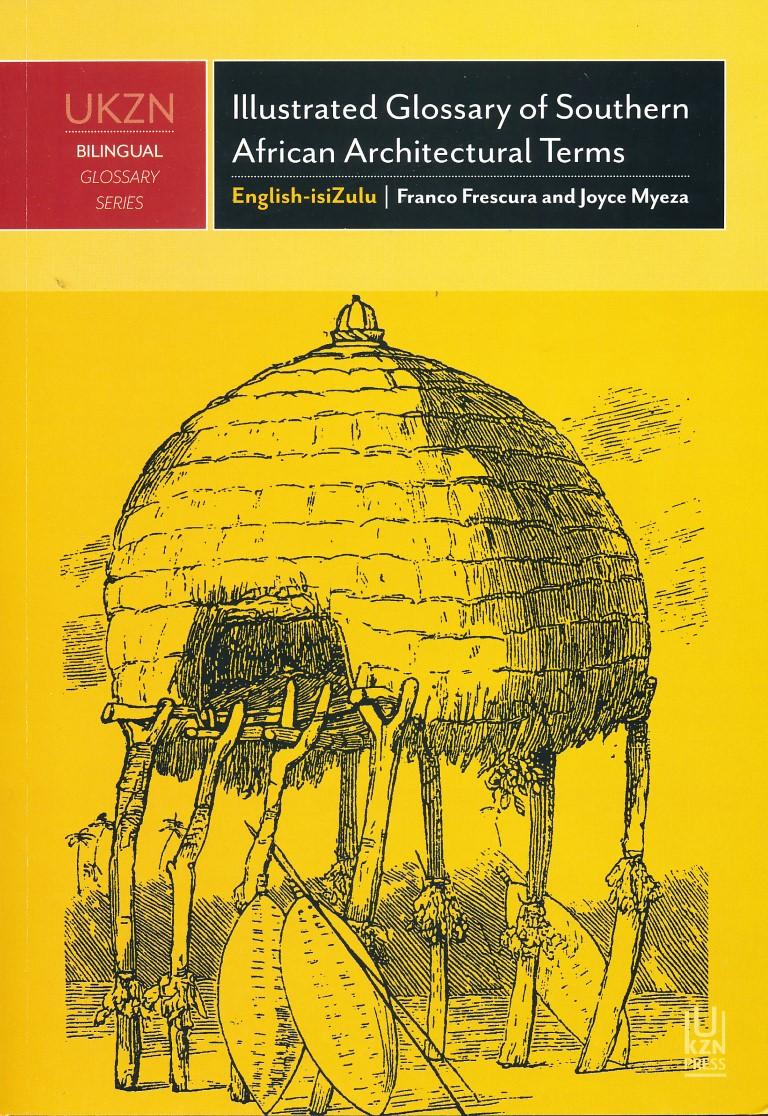 Because of its primary language bias, it must be seen as the first step to providing students originating from an indigenous, isiZulu-speaking background with the support that will give them ready access to a specialised lexicon not commonly found in either a home or a working environment. At the same time it includes terms of an historical nature which describe architectures which are rapidly vanishing, and whose constructional nomenclature is consequently being forgotten by its builders. Much of this is not only technical in nature, but is also possessed of an inherent symbolism associated with the social values and cultural heritage of traditional rural society. Their loss therefore would potentially create a partial cultural amnesia which subsequent generations of researchers may find difficult to remedy.