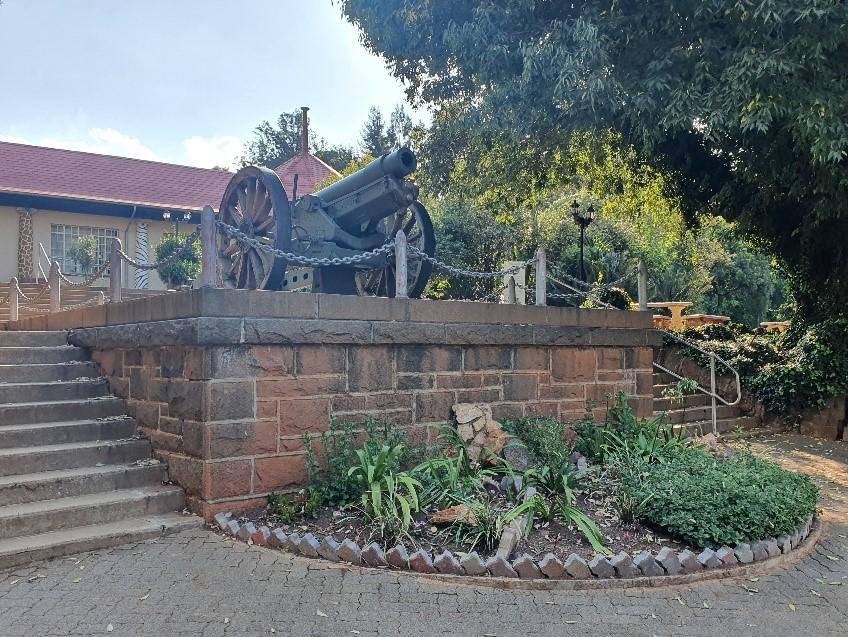 Major General Tim Lukin who commanded the South African forces at Delville Wood requested that six guns be brought back from the Western Front after World War 1. In 1921 the Imperial Government presented six 6” breech loading 26 cwt Howitzer MK1 guns, manufactured by Vickers Ltd in 1918, to the Union of South Africa. These guns from the so-called Nugent battery which was deployed in Flanders, formed part of memorials to the South African Heavy Artillery in the main centres. Major Percy Nugent George Fitzpatrick, eldest son of Sir Percy Fitzpatrick, lies buried in Flanders Field.

The restoration of the 6” gun which currently stands in the Johannesburg Zoo commenced in early 2020 and was completed in December 2021. 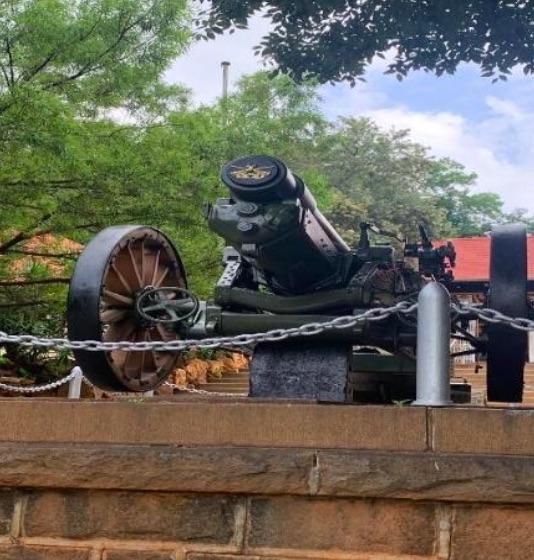 The Gun Restoration Committee of the South African Gunners’ Association initiated a project to develop a register of heritage guns in South Africa some years back. The register currently contains details of 467 guns. The Committee’s mission includes restoring guns of historical importance either through its own resources or by providing technical support to other organisations.

Although the so-called Zoo Gun had been restored some fifteen years earlier, by 2020 it required extensive work. It was uploaded by artificers and logisticians from the SANDF and delivered under the watchful eye of Gnr Ivor Rimmer as well as CWO Niemand of the Artillery Formation to Potchefstroom. 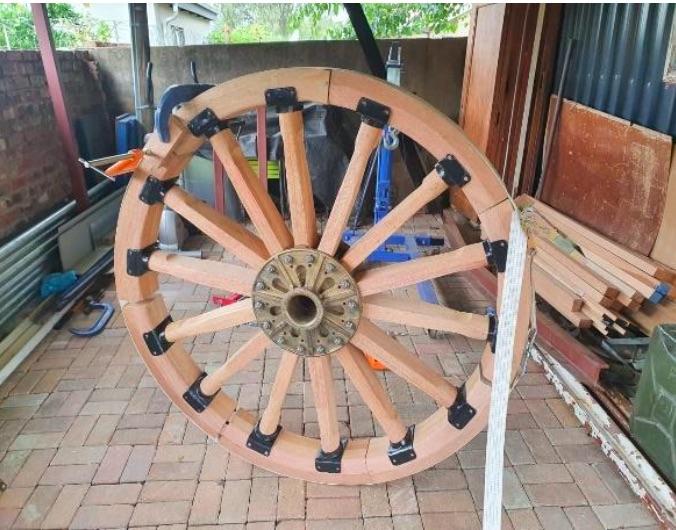 Bead blasting, the replacement of rusted sections and powder coating were professionally done by Potchefstroom Powder Coaters and a new tampion with the SA Heavy Artillery badge procured by Gnr Niel Wiid. By the time the gun was returned to Johannesburg its plinth and the plaque containing the roll of honour had been spruced up by the Johannesburg Branch of the Gunners’ Association, led by Gnrs Albert Pestana and Dominic Hoole.

Chairman of the Heritage Gun Restoration Committee, Gnr Roy Andersen says: “We are committed to identifying artillery ordinance of historical importance and to the extent funds permit, restoring as many as possible. We are receiving excellent support from the School of Artillery, Ditsong National Museum of Military History and MOTH amongst others.”

The six guns from the Nugent Battery are located as follows: