The 2021 CIFA Awards for Architecture have been announced and heritage projects feature prominently (see citations below). Visit the CIfA facebook page to see all the winners.

This project - which involves the refurbishment of two neighbouring heritage buildings of different eras and architectural styles - is notable for its careful understanding of, and response to, the heritage significance and character of the site and its component structures. Rather than retaining historical features for reasons of heritage constraints alone, here the architects have treated the structures’ heritage elements in a respectful but playful manner - in  dialogue with them rather than simply preserving them. The result is a building where the new insertions are in balance with the older elements in terms of their craftsmanship, fine detailing and location. Historic lobbies, lifts, roof tiles, windows and structure are exposed and add texture and a sense of time and bygone grandeur to the refurbished spaces. While the programme allowed the architects a degree of flexibility and creativity that is often not possible in other building types, this project makes a valuable contribution to the challenge of adapting urban structures, designed for different purposes, to new and contemporary uses. The resulting design enhances and brings a new vibrancy to the historical character of these buildings, on this significant urban street. 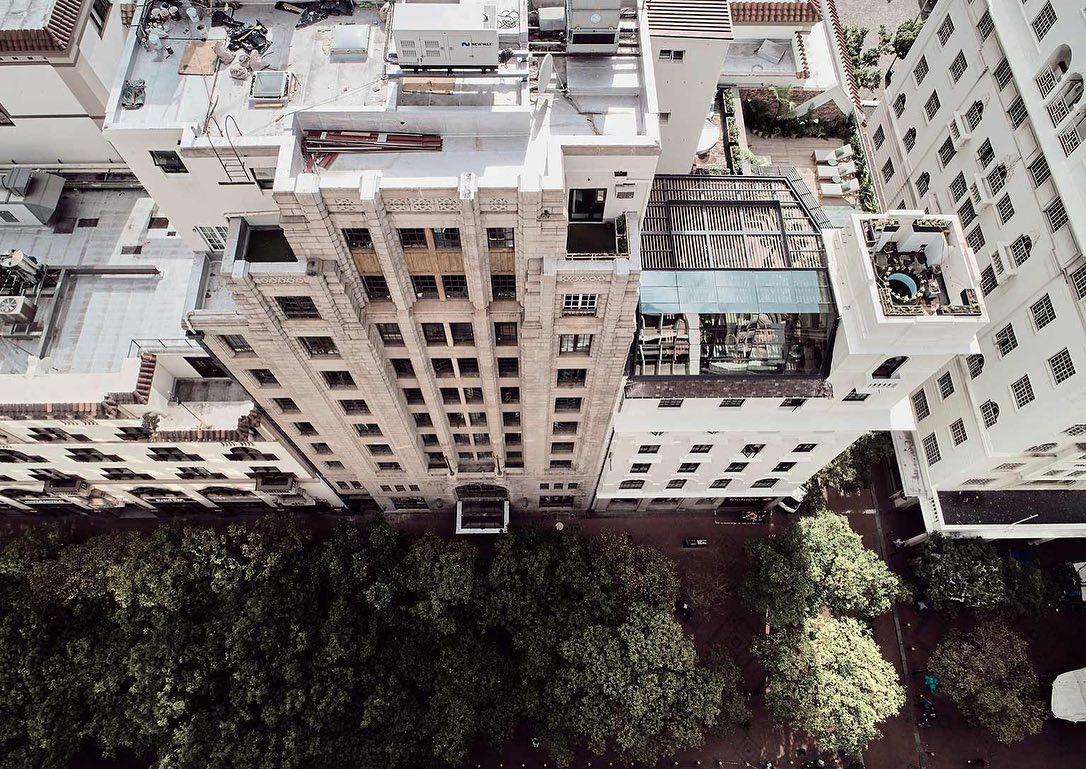 Gorgeous George Hotel from above (UCA)

At this  somewhat uncomfortable knuckle  between the Bo-Kaap and  Tamboerskloof, this  development which is much more than an alteration or an addition, appropriately respects that which is worthy and integrates a new urban compact accommodation. The original stone and cast iron boundary wall gives over to the new brick wall which also partly forms the gables of the two new shed-like structures which mimic the reworked gable of the original Victorian and gently march up the slope of street boundary. Every inch of this wall is carefully proportioned to eventually reach the full height of the studios at the north-western corner, next to the site of a three-storey block of flats. The actual gables are formed with corrugated iron sheeting, cascading down the boundary wall. The addition of the two new shed structures created two courtyards, one a generous entry courtyard which gives access to all four new living units, as well as to the shared studio space. Upon entry one is struck by the generosity of this space, its comfortable proportions and the opportunities for interaction. The second courtyard is split in two and acts as a horizontal and vertical connection between living and working and also between public and private. The same generosity and humane attention to scale and materiality  is carried through to every space, internal or external, to every detail and to every choice of material. This project is exemplary  for its celebration  of history of occupation and for its sharing of space between working and living, but beyond that its generosity of accommodating extended living on a really constricted urban site. 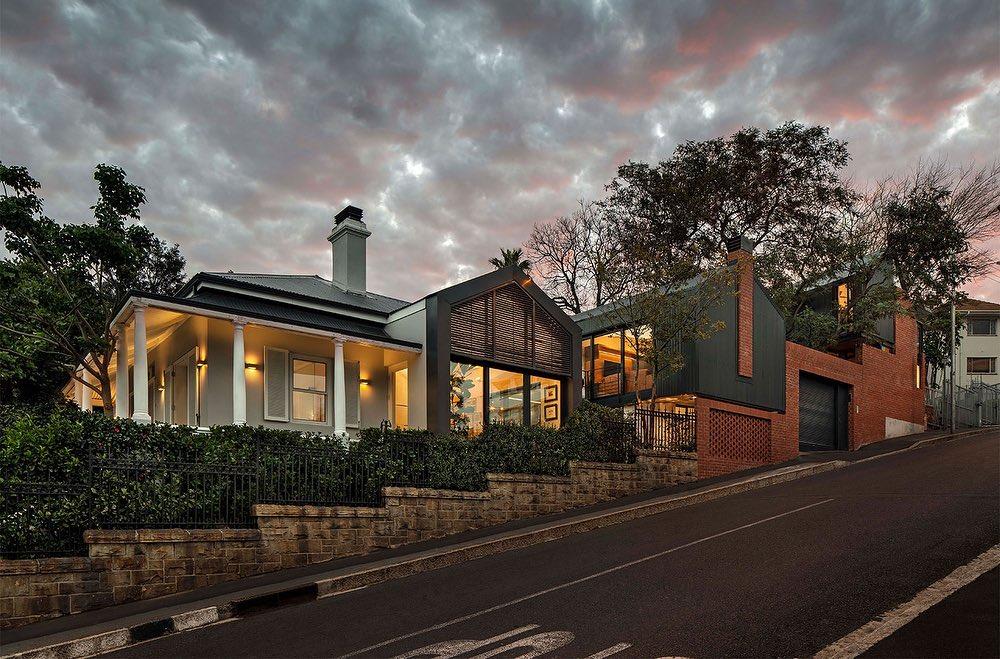 Buffelsldrift farm in the Klein Karoo is an adaptive reuse heritage project. The site housed several Cape Dutch buildings that were built on the farm during the mid 1800s with the main house dating back to 1852. In 2017 the architects were faced with a dilapidated and neglected site and chose to approach it with love. Evidence from earlier refurbishments of the 1970s were removed. The plaster was stripped out to reveal the original palimpsest of the structures and the construction technique. These traditionalconstruction techniques such as the use of poured earth were recognised and adopted by the architects. The project acts as a dialogue  between historic Cape vernacular techniques, indigenous construction, and contemporary urgencies around sustainability in the built environment. The project is very much about landscape. The most significant external works are in the subtle but effective terraced platforms that set the existing buildings into the landscape. This is a project of infrastructure, of a water system and of the rehabilitation of the farm into a productive olive orchard. The use of traditional techniques with a contemporary reading and heritage reinterpretation transforms and enhances the original structures into a seamless new narrative between vernacular architecture and contemporary interior design, and into its new adapted use as a place of leisure and retreat. The quality of the interior and exterior space is so compelling that at the site visit the jury panel were reluctant to leave. 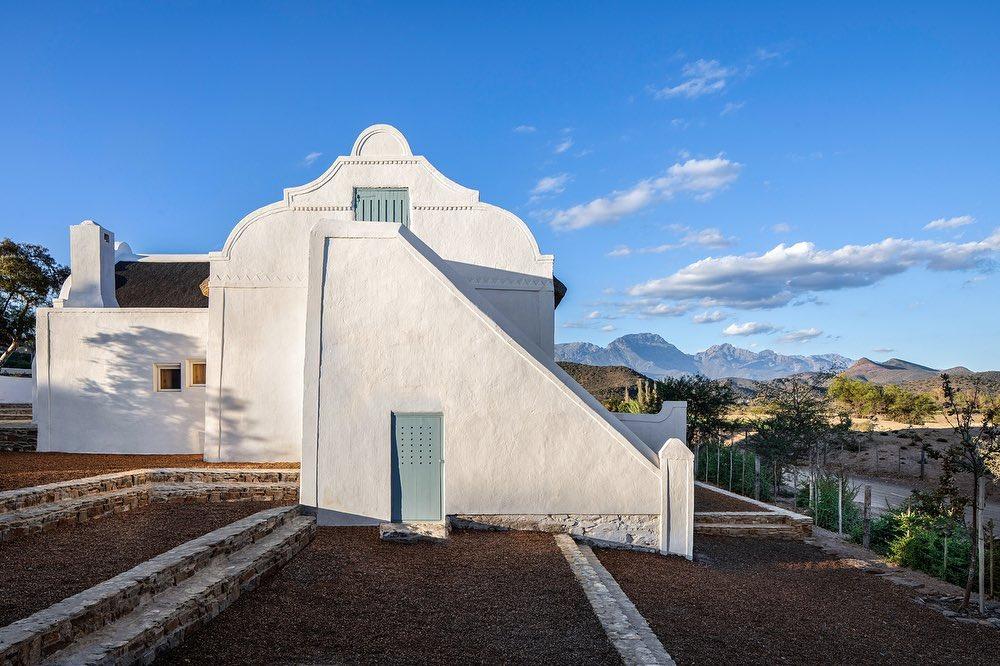 Alterations and additions to an 80 year old dwelling transformed a run-down single storey semi detached cottage from a small 80sqm house into a delightful 135sqm three level dwelling. The architectural interpretation of the building acknowledges the urban condition of the neighbourhood, to ensure an appropriate scale and language within the dense urban fabric. The street facade is a contemporary interpretation considerate of the historic architectural character of Newlands Village, whilst the interior and rear of the dwelling is interpreted in a modern aesthetic. The design has a clarity and simplicity in plan and section. The perimeter foundations of the original cottage were retained, and outbuildings demolished to free up external space. The plan layout is economic and rational, with minimal circulation space to maximize the small footprint. Large timber bay windows increase the footprint of the living and dining areas and bathes the areas in natural light. The house opens up onto the surrounding garden and views, allowing the vegetation and backdrop of distant views of Table Mountain nature reserve into the dwelling. 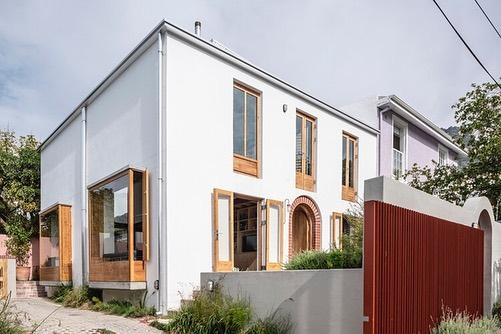