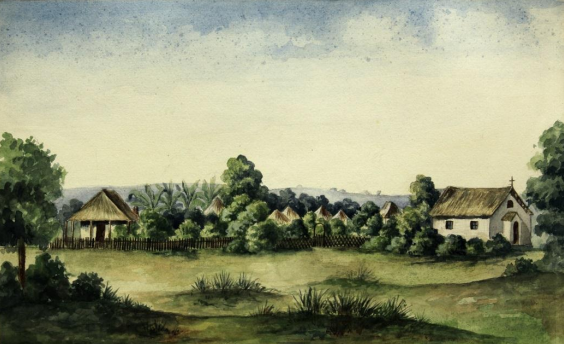 Since the early 18th century more than 30 different mission societies established themselves in South Africa. By the middle of the 20th century there were more than 600 fully fledged mission stations and nearly 4000 outstations across the country. In order to survive, the missionaries had to adapt to what was for them an alien environment. They set
about creating a localised landscape consisting of features that were familiar to them, a church, houses, workshops and sadly, also cemeteries, all of which eventually constituted the mission station. However, creation of the landscape went deeper than just constructing a mission station - the space around them had to be understood and more so, “internalised” into their way of life. Many of them, and dare we say the more successful ones, set about to access the larger landscape, interacting not only with the local people, but with nature itself, animals, plants and the physical environment – in the Biblical sense of the word, they had to bring order to their world. To quote Lynch (1960): “A good environmental image gives its possessor an important sense of emotional security.” In this project I approach mission stations form the angle of a “diminishing resource.” A large number of the mission stations have been abandoned, slowly slipping into decay. Using available information such as published accounts and especially historic maps, the location of the mission sites are determined. All the available information is captured in a database and is later confirmed through site visits. The field information is then weighed against the available evidence, leading to a greater understanding of the changes that took place, not only in time, but also in the mind of the presenters.