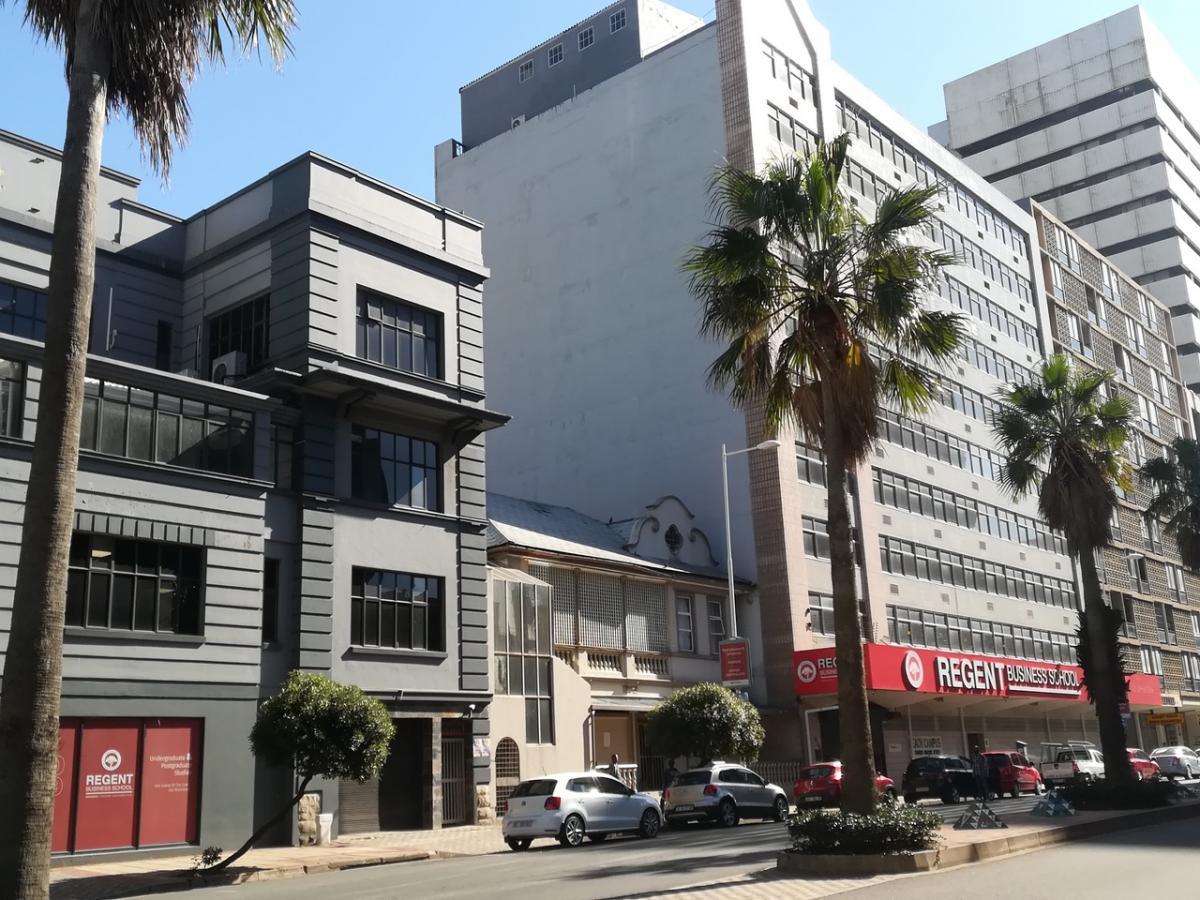 Many Durbanites would know the surviving old house squeezed in between the tall wall of development that characterises Samora Machel Street, formerly Aliwal Street. However, what’s being seen is, literally, the façade, because the inside is gutted and the rear in a state of desecration.

The house began its life in 1905 as the parsonage of the Congregational church diagonally opposite, recently repurposed as Masjid Maryam mosque.  In the 1950s the parsonage was acquired for a gourmet restaurant, Napoleon’s, for which it was extended rearwards before the interiors were converted into an open space. In 1980 Le St Geran restaurant took over, demolished more interior walls and altered the front.

When the restaurant era ceased, the building was used as a commercial venture before being converted to a boarding house. In this process, the rear facades were concealed with canvas and decorated to provide a friendlier face to circulation within what has become an educational precinct, to which the site could better contribute.

The replacement building of median height is to contain retail space on the ground floor and bed-sitter flats for general rental over, and it is to address both the street and the educational precinct in an unaffected contemporary modernism.

Comments on the proposed demolition can be directed to Designworkshop:SA for the attention of the project architect Ms Claire Clifton, claire@designworkshop.co.za.

Main image: The remains of the parsonage of the Congregational church of 1905 at 31 Samora Machel Street hemmed in the wall of development.