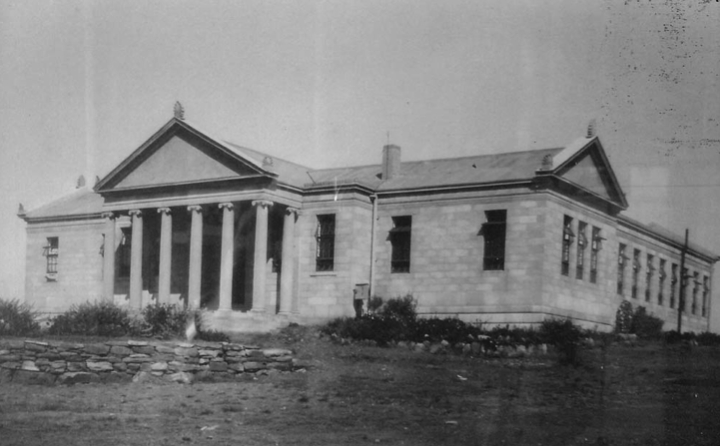 The most beautiful school in the former Transvaal Province was built in 1931 in the Classic Hellenic architectural style atop Johannesburg’s Malvern hill. A former English-speaking pupil emphasised that "it was a special place". So popular was the school that its numbers kept increasing with the result that it had to be replaced in 1944 by the far bigger Hillcrest Primary School just two blocks away.

Demolished in 1957, it made way for the Malvern High School. Dubbed the "Hellenic school", it was one of a number of attempts that preceded the founding of the SAHETI school.

Importance of this study

The book documents an unusual occurrence in local education: that the Transvaal Education Department, rather than building, leased a Greek school, paid for its teachers, furniture and running costs, and even agreed to give priority of admission to pupils of Greek descent over and above South African children.

Few, if any, know of the school, which went by the name Hellenic Government School. A unique institution, its location and name were unknown yet to this day it is remembered in the names of its four Hillcrest school houses -- Athenians, Spartans, Corinthians and Arcadians.

This book will appeal to Hellenophiles, to those interested in the history of South Africa’s unknown places and to members of the Hellenic community.

Order from: Donna Kinnear, Tel. 011 402 7141 or doucakisman@gmail.com  (Overseas prices differ) - You can download the order form below. You can also order from the Johannesburg Heritage Foundation for R150.00. Email mail@joburgheritage.co.za

Use your name under Variable Reference and send POP to adoucakis@gmail.com    Ref:Malvern Gk order