Alfred, Lord Milner was a brilliant public servant and one of Britain’s most celebrated – or notorious – empire-builders, who left an indelible imprint on the history of South Africa.

Sent to southern Africa to bring President Paul Kruger’s obstreperous Boers to heel, Milner was primarily, though not solely, responsible for the Anglo-Boer War (1899–1902), a conflict that marked the beginning of the end of the British Empire. In the aftermath of the war, a determined Milner set out to reconstruct the former Boer republics, but his policies stoked resentment among Afrikaners, particularly in respect of language and education. He left behind a coterie of young administrators, the so-called Kindergarten, who contributed significantly to the unification of South Africa and the fostering of imperial ideals through the Round Table Movement.

In this biography, the first by a South African, Richard Steyn argues that Milner’s reputation should not be defined by his eight years’ service in South Africa alone. Despite his controversial stance on the issue of Irish Home Rule, Milner’s legendary administrative ability made him the obvious choice for War Secretary in Lloyd George’s five-man War Cabinet, and Milner did much to shape the Allied victory in the First World War.

If his personal qualities and beliefs made him the wrong man to send to South Africa, where he failed to accomplish the over-ambitious goals he set himself, he was the right man in a far greater international conflict. 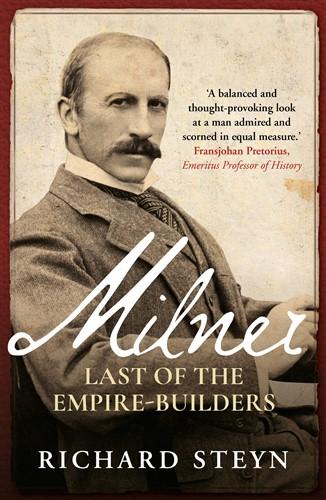 Richard Steyn is the author of several bestselling biographies, including Jan Smuts: Unafraid of Greatness (2015) and Louis Botha: A Man Apart (2018). He practised as a lawyer before switching to journalism. Steyn edited the Natal Witness in Pietermaritzburg from 1975-1990, was a Nieman Fellow at Harvard University in 1985-1986 and editor-in-chief of The Star from 1990-1995. He served as Standard Bank’s Director of Corporate Affairs from 1996-2001 before returning to writing.