New book debunks the myth of the missing Kruger millions

Announcement from the authors, Blake Wilkins and Mike Dwight.

Five provocative points make the history book Looted Gold stand out in the marketplace. The book exposes in a new way the grand plundering of Zuid Afrikaansche Republiek (ZAR) state wealth that makes the missing Kruger millions pale into insignificance.

And strangely for a book based on history, authors Blake Wilkins and Mike Dwight have included a call to action by way of encouraging further investigation that may uncover the transfer of looted state funds into European bank accounts. 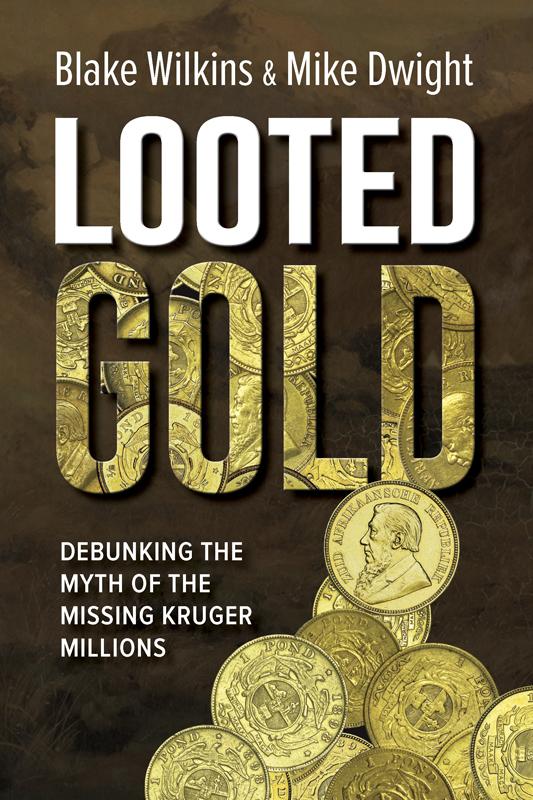 The authors believe that they can claim five important firsts that set Looted Gold apart from other works in this genre. These are:

The authors believe no gold was buried by Kruger or his henchmen as they retreated down the railway line towards Portuguese East Africa (now Mozambique)in 1900.

They conclude that the vast wealth stealthily taken out of the ZAR before Kruger went into exile was safely secured in Europe and probably in bank accounts in other parts of the world.

Looted Gold tracks golden points from Kruger’s formative years, his presidency, exile and death. The book follows the rise of Afrikaner nationalism and the coming to power of the apartheid-led government.

Wilkins and Dwight are careful to state that while the pointers in Looted Gold provide new perspectives and new leads, they cannot be seen as conclusive.

“That’s because access has to be gained to secret bank accounts. We believe this is possible with developments like the release of the Panama Papers and access to bank records gained by people like researcher and author Professor Mark Peith in Switzerland and the Open Secrets organisation in South Africa,” says Wilkins.

“So we challenge and encourage others to use these new perspectives. We concede we’ve hardly scratched the surface. And we hope that we’ve managed to open minds to new avenues of investigation.”

For more in depth information about Looted Gold, visit the book’s website at: www.lootedgold.com. The book can be purchased for R295.00

Blake Wilkins is a former radio, print and social media journalist who worked on the Natal Mercury newspaper for a decade before moving into the business world. He has edited two books in recent years: Running Alone, an autobiography by five-times Comrades Marathon winner Jackie Mekler; and a collection of individual articles promoting an active lifestyle. That book was titled For the love of it and was compiled by grandmaster athlete Leo Benning.

Mike Dwight, a former South African who settled in New Zealand 20 years ago, worked as a teacher in Gugulethu and as regional manager in the Eastern Cape for the Read organisation. He is the author of a book called Walter Callaway, a Maori soldier in the Boer War.