Help the City of Joburg name the Corridors of Freedom 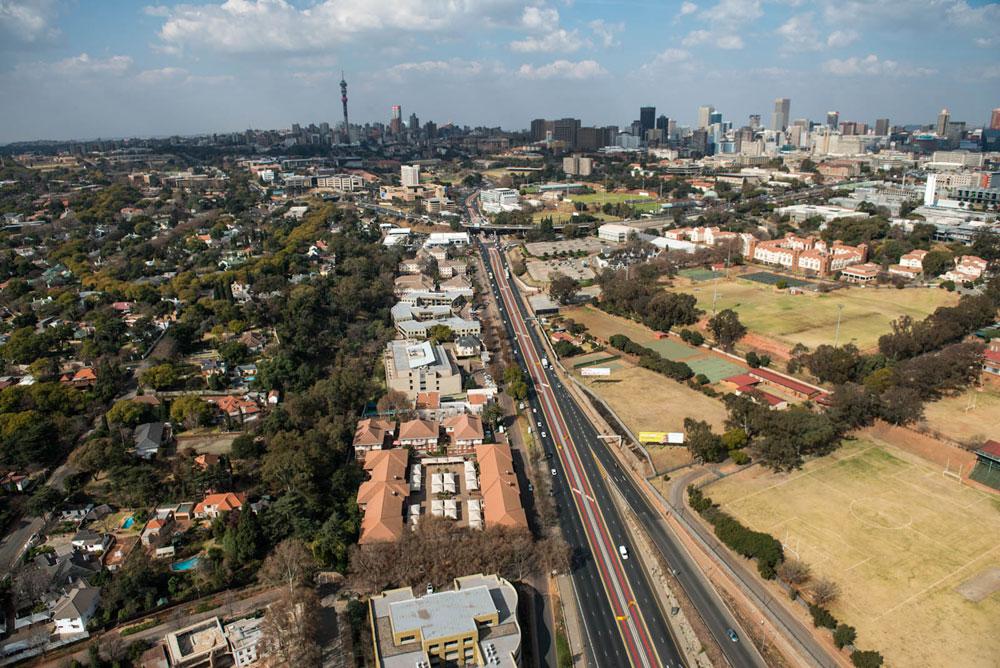 The Corridors of Freedom is a City of Johannesburg initiative aimed at leading an inner city renewal through the development of some of the city’s poorest areas. The project, which was adopted by the City of Johannesburg in 2013 and forms part of the Executive Mayor, Parks Tau’s Growth and Development Strategy 2040, seeks to transform the city through public transport improvement, the development of mixed residences and creation of recreational facilities conveniently placed for residents.

Three Corridors have been identified and the first one, Empire-Perth, which runs along the western parts of the city across areas such as Parktown, Richmond, Melville, Coronationville, Westbury etc., is currently undergoing a naming and branding process.

A key part of the process of giving identity to the Corridors is to allow residents to participate in the activities that will change their city for the better. To give the Empire-Perth Corridor a more inclusive and reflective identity, the naming process was kicked off with a school research project done by grade nine learners from schools located in the Corridor. The process delivered a shortlist of five names; Ithembalethu, //hapo, Sakhiwo, Empilweni and Vusa, one of which will ultimately become the official name for the Corridor.

Residents now have an opportunity to vote for their favourite name. Watch this space for more information on how to participate.

Ithembalethu – (Nguni for ‘our hope’)

The discovery of gold in Johannesburg in the nineteenth century brought economic freedom and hope to people in the region. This led to many more people from across the country traveling to the city in search of their own economic freedom. They came mainly driven by hope for a better future, despite being restricted by the land’s laws. Many years later, with Johannesburg symbolising the economic hub of the country, the hope that drove people towards it remains intact. It is this hope that inspires many who reside or work in this corridor about the future of this beautiful city and assures them that more development is yet to come.

//hapo - (pronounced xhapo) derived from a Khoi proverb '//hapo ge //hapo tama /haohasib dis tamas ka I bo', meaning a dream is not a dream until it is shared by the entire community.

What makes us human is our ability to dream and express ourselves in many forms, including art and our freedom of expression is a right that must be protected at all costs, as we continue to dream as a nation. This name was inspired by the saying, “Art is the social consciousness of a society”. In the olden days, due to oppressive laws, people were not always able to express themselves. Through art however, people were able to express their feelings and experiences and show the harshness of apartheid. As an effective form of protest, art was used to show the joys and struggles of what it meant to be South African.

While our past was marred by inequality and segregation, there were a few good things from it worth celebrating and preserving. As we take on a new path, united in our diversity, it is as important to look at our historical struggles as it is to think of and embrace all the good things that came out of that history and our time of struggle. This Corridor is marked with a rich architectural heritage some of which have been marked as historical sites or national key points, all worth preserving for future generations to be able to tell our story and highlight our rich heritage.

Empilweni - ("Place of healing/life" in most Nguni languages)

Dr Alfred Xuma, a doctor, intellectual and President of the African National Congress (ANC) in the 1940s, lived in the old Sophiatown - which is situated along the Corridor - at what is now the Trevor Huddleston Memorial Centre.

Dr Xuma's house, one of two houses to escape the destruction of Sophiatown by the government in the late 1950s, was named Empilweni, which roughly translates to "the place of healing or life". Dr Xuma arranged his consulting rooms within the house so there was one wing for his residence and another for his medical practice, where he served the local community.

It would be a fitting tribute for one of the great sons of our struggle to link his name and ethos to the Corridor.
•    Dr Alfred Xuma - profile on SA History Online
•    Trevor Huddleston Memorial Centre - more info at Sophiatown - the Mix

There are a few educational institutions along this corridor and that in itself is a demonstration of the bright future of this area and its people. This corridor is a place where young people from all over the country come to ensure that they become positive contributors to the country through the realisation of their own dreams of a better life. With educational development, young people can take the country forward by awakening it to its own potential. Their commitment to a better tomorrow will guarantee the country’s growth and progress.