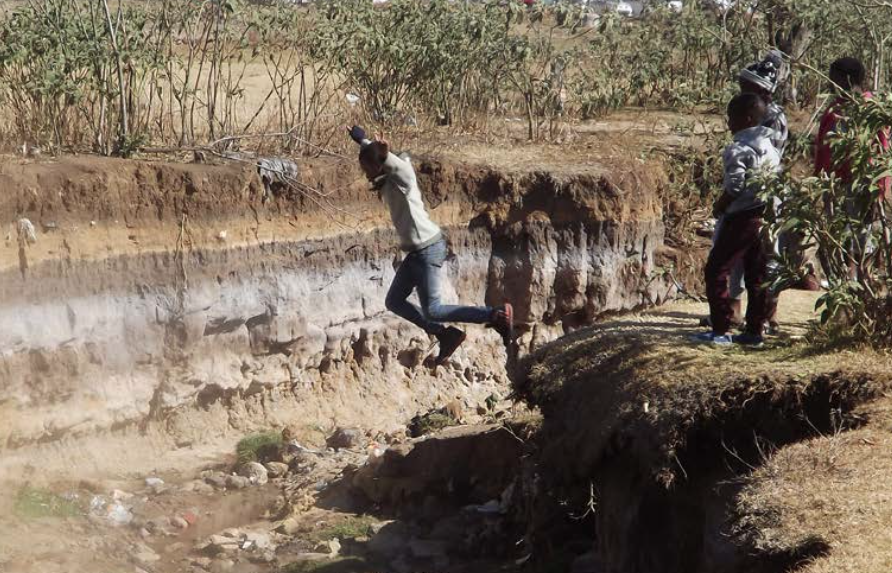 Named after Tembisa born anti-apartheid artist and activist Thami Mnyele, the Thami Mnyele Cultural Park is an expansive open green space located in the geographic centre of Tembisa (click here to view location on google maps). The initial intention of the municipality was to create a public facility that embraced the creative and communal values of an understated hero. Located within the dense fabric of the township, this public open space has the potential to become a valuable public spatial asset on a communal, urban and municipal/city scale.

There are three distinct characteristics that give this site unique value. The first is the association with Thami Mnyele, a largely apolitical artist born and raised in the area whose collection of works has yet to receive deserving significant acclaim. The second is the presence of ISIZIBA (zulu for underwater spring) on the site. This natural occurrence is a source of great fascination and reverence amongst locals of the greater township. People regularly come from the extents of the township to perform personal rituals and quell their curiosity. A natural wetland surrounds the spring as it flows towards its termination point. Thirdly, its location in the heart of Tembisa. Where open spaces in the township were once conceived as devices for separation and control, this open space has the potential to become a catalyst for positive urban upliftment. 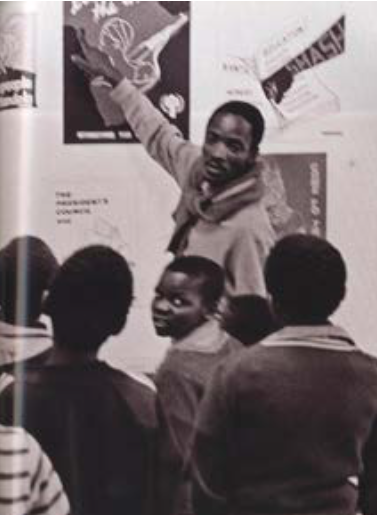 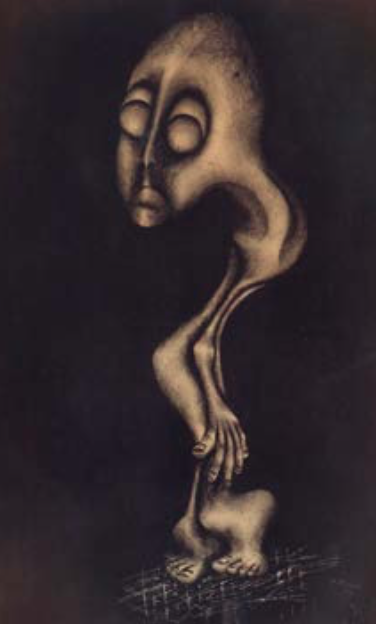 An example of the work of Thami Mnyele

This site has the real and tangible potential to diversify the understanding of what is considered valuable within the scope of culture and heritage. A prominent criticism of Heritage and Culture in post-apartheid South is the notion that it continues to perpetuate a “one size ts all” understanding of heritage.

Unlike the Johannesburg region, Ekurhuleni is yet to invest significant time and resources into identifying sites of cultural, heritage and historic value. As such it lends itself as the perfect testing ground for a renewed heritage and cultural agenda.

While the municipality has conceived and prepared numerous interventions for the site, nothing is yet to transpire. The built foundations of one such abandoned project lie in a state of ruin on the site. In addition to this, undulating through the site is a naturally eroded gulley. While this gulley has become a distinct feature in the landscape it has resulted out of urban neglect. Despite this, it has assumed strong spatial characteristics and has the potential for considered intervention to halt the erosion while simultaneously engaging with the narratives of history and culture. 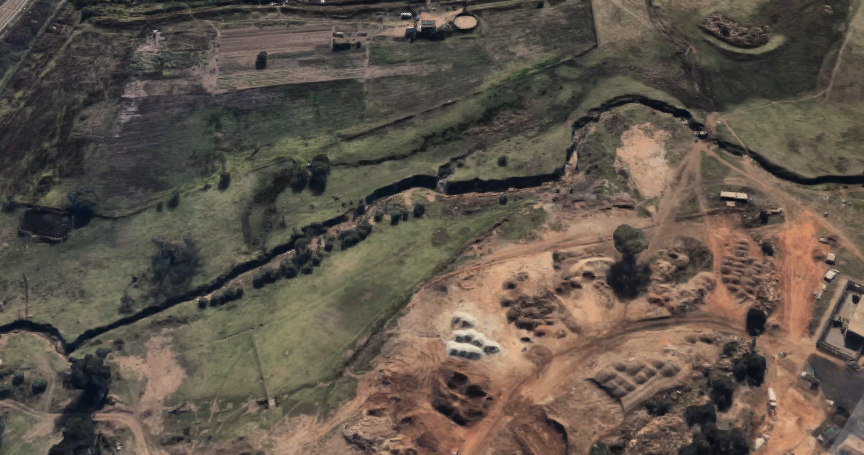 There is the potential for a landscape intervention on the site. The Municipality recently undertook the first phase of a landscape intervention by hastily installing paved walkways on the southern portion of the site. There is also a current push to revitalise open space in the Ekurhuleni region and this site is conveniently located adjacent to a bus station on the recently constructed Harambe BRT system that links the area to the Airport and beyond. These points highlight the wide range possible interventions on the site.