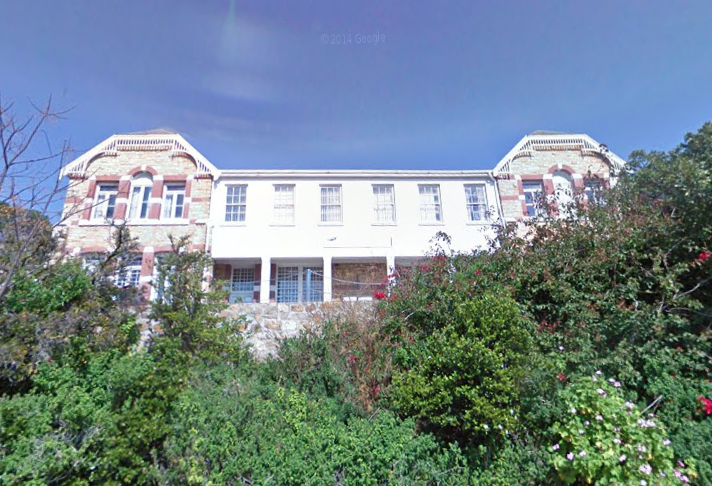 The site has significance as the location of "Black Town", the first subsidised housing scheme for black labourers and artificers in South Africa, initiated by Vice Admiral Sir Jahleel Brenton, Royal Navy Resident Naval Commissioner of the Cape Colony, in 1816. The site unfortunately fell into dissolution in the early 1890's, and was closed down. The site was then levelled and landscaped. In 1896 the architect John Parker was commissioned to prepare plans for Simon's Town High School, to initially accommodate 250 students. Construction was carried out by Messrs. Squire and Barraball, and the School opened in January 1897. It was enlarged in 1935, but by the late 1940s it was apparent that a much larger school was necessary. This was sanctioned, constructed at Harington Road, Seaforth and opened in the early 1950s. The Parker building in St. George's Street was then taken over by the Simon's Town Municipality in 1953 as accommodation for the Mayor and Councillors, and offices for Council Officials. This usage continued until the dissolution of Simon's Town Municipality in 1996. Following alterations to the building in 2001, the Simon's Town Public Library (which had been previously housed in the adjoining former Gymnasium/ Woodwork building) moved into the main building, where it remains today. Click here to view location on google maps

The City of Cape Town Council has barely maintained the building since 1996. This has resulted in major problems with water ingress through leaking roof valleys, rotting wood window frames, and corroded rainwater gutters and downpipes, which constitute a significant hazard as several large pieces of cast iron have fallen from eaves height into areas frequented by the public. A survey of the building was conducted in 2014 by Rennie Scurr Adendorff Architects, which was followed by a report recommending emergency repairs, and a separate larger report recommending an overall renovation of the building.

Apart from minor patching of the roof, nothing has been done. A key Heritage Building has been left to decay by Council inaction, despite vigorous protests by Simon's Town organisations. On 1 August 2017 the "People's Post" newspaper carried an article describing 'Makeovers for Local Libraries' in which the Council budget for library maintenance for the 2017 nancial year was stated to be R7.8 million. Libraries that are more modern (including Fish Hoek) will close for upgrades - yet the iconic Heritage legacy of John Parker is left to rot and is not scheduled to receive a cent of the Council budget. This is unsupportable.