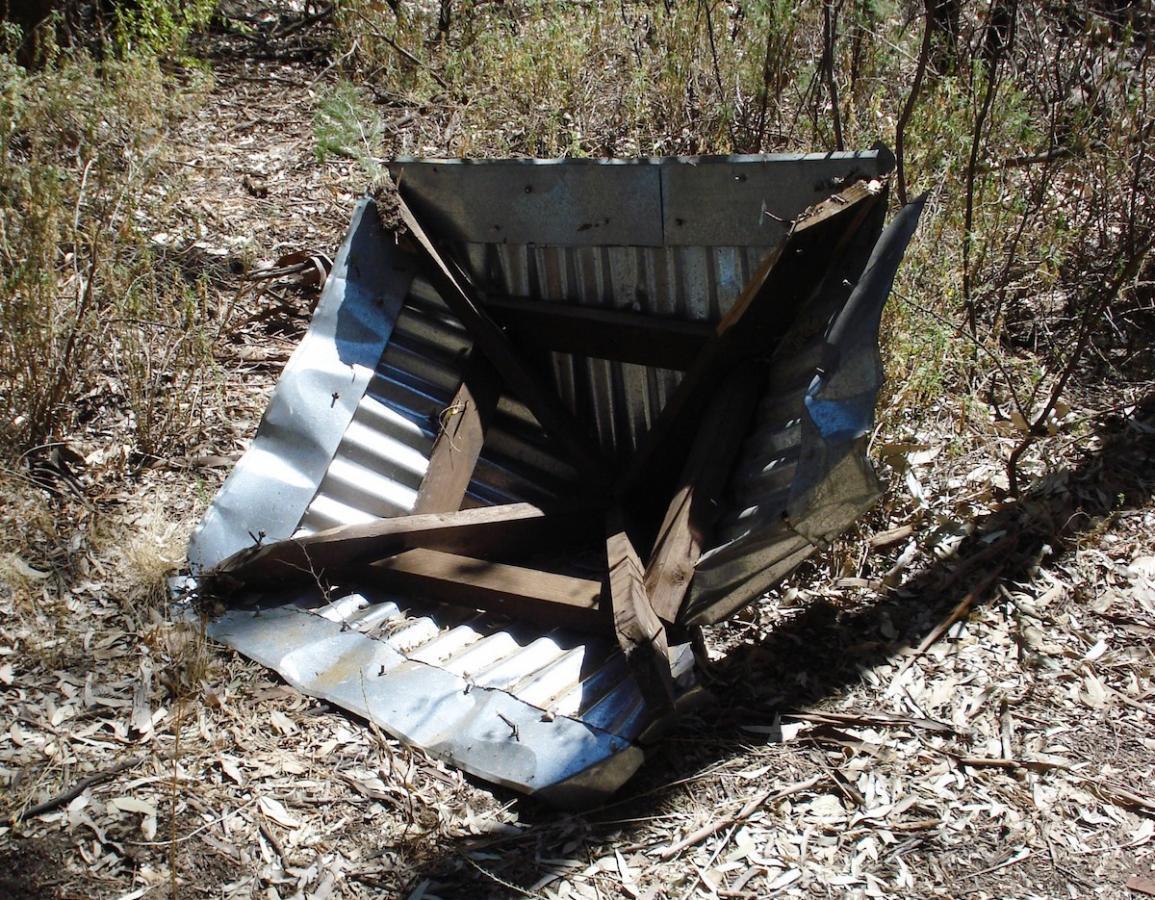 The three-storeyed stone blockhouse at Riversford which defended a bridge on the main Noupoort to Bloemfontein railway line is endangered. It is the only surviving unaltered Orange River Octagonal Pattern example. After costly restoration by the old National Monuments Council in the 1990s, its roof was blown off in 2008 and the new timbers of the roof and upper floors are now at risk.

Here is a short excerpt from my article Britain's Last Castles -Masonry Blockhouses of the South African War, 1899-1902:

This type of blockhouse is represented by at least two well-preserved examples, situated, respectively, to the south-east of the road and rail bridges over the Orange River at Norvals Pont [NC] and to the east of the railway line at Riversford [FS], 40 km south of Bloemfontein. The latter is the better to view as the former has been converted into a dwelling, is situated on private property and is largely obscured by creepers. The author has established that a third example of this pattern was positioned to the north-west of the Norvals Pont bridges, this and one other being known from photographs held by MuseuMAfricA in Newtown, Johannesburg. 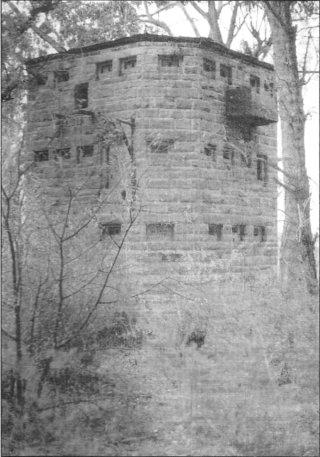 The Orange River octagonal pattern blockhouse at Riversford, with the gantry hoist to the right of the upper doorway (Old photo via Richard Tomlinson)

Three-storeyed, this pattern is in plan a square with the corners cut off, covered with a shallow-pitched corrugated roof which rises to a central ventilation turret.(18) The ground floor has three loopholes in each main wall and one in each splayed corner. The first floor has the entrance door and three shuttered windows respectively at one end of each main wall, with three loopholes in each of the main walls and one at each corner. The top floor has a shuttered window in the middle of each main wall, which opens onto a rectangular machicouli gallery, with two loopholes on either side of each window and, again, one in each corner. The entrance had, unusually, a steel landing outside, with the ladder running against the wall to ground level (blockhouses generally had a ladder at right angles to the wall). In both surviving examples, the door faced the railway and both still feature a steel gantry hoist fixed to the outside wall by the doorway, presumably to assist with the lifting of supplies into the blockhouse. Internally, the Riversford blockhouse has wall offsets to carry the upper floors, and the floors on both levels were unusual in that railway lines were used extensively in the timber floor construction, partly to support the cantilevered galleries on the top floor, although these are also present at the first floor level. From an architectural perspective, this is probably the most satisfying of the blockhouse designs. 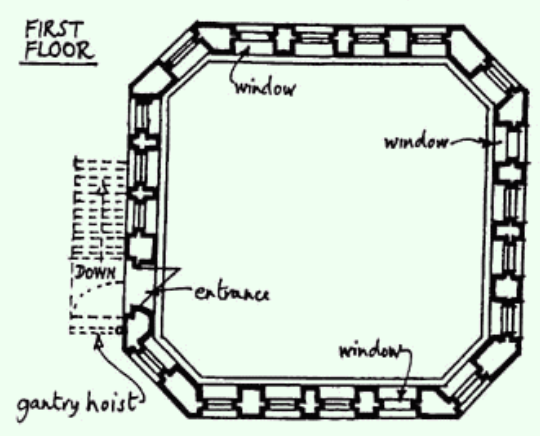 Plan of the Orange River Octagonal Pattern at Riversford