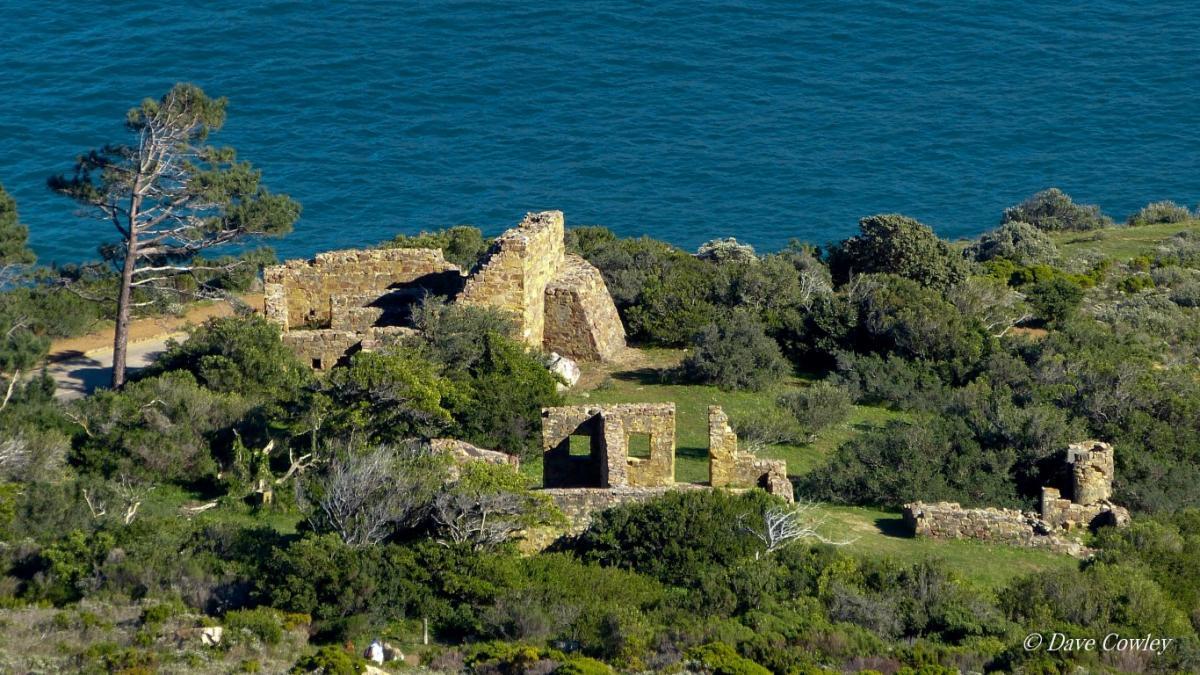 East Fort Battery c.1782 is one of four coastal fortifications built and developed in Hout Bay during the period 1781–1806. Hout Bay was seen by the government of the day as the soft-underbelly of Cape Town, exposing it to a possible marine invasion from the South. It was preceded by West Fort, on the western side of the Bay which was established by the Dutch East India Company (DEIC) in 1781 and completed by the French Pondicherry Regiment based in the French Enclave City of the same name approx.50 miles south of Madras.

East Fort was established the following year, also by the Pondicherry Regiment, and consists of a 6.4Ha site which is today bisected by Chapmans Peak Drive, part of our country’s No 1 scenic route. However, little information regarding East Fort’s important role in our country’s history is provided near to or at the site and it remains an enigma to the many passing tourists. The site includes four ruined buildings (most of which could be restored) and a battery of 8 x 18 pdr guns which have been restored, proofed and licensed by the Association and have been ceremonially fired on many special occasions by our Association’s “Gunners”.

On the 15th Sept 1795 the guns were fired in anger foiling the possible entry to the Bay of a squadron of British warships. HMS Echo, a 16 gun ship sloop, entered the Bay and drew fire from both East and West Forts forcing ECHO’s speedy withdrawal. HOUT BAY WON THE DAY! The British squadron sailed on to Table Bay. Late on the same day the Dutch forces capitulated following discussions near Wynberg and the administration of the Cape was handed over to the British Generals.

The British occupation lasted for 8 years but following the Treaty of Amiens in 1803 the Cape was handed back to Holland which had become the Batavian Republic. By 1805 the intransigence of the French Republic fuelled the Napoleonic Wars to new heights and a large fleet of British warships was despatched to the Cape. General Sir David Baird in charge of the British forces knew that whilst Hout Bay’s batteries were minimal compared with the Castle of Good Hope fortifications, nevertheless when considered together with the block houses built on the slopes of Table Mountain they could present formidable resistance to an attack from the South, and so the British opted to land their forces at Lospards Bay from where the Battle of Blaauwberg commenced and within a few days the Cape fell to the British once more – this time for over 100 years.

Importance to the community

East Fort is potentially a significant valuable Heritage Tourism Destination attraction. It is also a logical “Gateway Point” to Table Mountain National Park (TMNP). Visitors and tourists from Cape Town unknowingly enter the Park as their buses drive to picnic destinations on Chapmans Peak Drive and en route to Cape Point. However, a few kilometres South the important tourist route is tolled and for large busses the route is “One Way” requiring them to return to Cape Town on the Eastern side of the Peninsula; consequently they are denied the experience of East Fort’s spectacular sunsets. The development of East Fort as a heritage destination could host guided historic tours, educational facilities, a starting point for scenic walks and become a significant contributor to local tourist businesses to help boost the local economy with employment

Unfortunately, the East Fort site is at risk in many respects. Because little or no maintenance is done or protection given to the fabric of the site by the responsible authorities, walls are collapsing, it is subject to vandalism and exposed to fire damage.